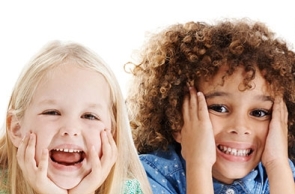 About Anemia
Anemia, one of the more common blood disorders, occurs when the level of healthy red blood cells (RBCs) in the body becomes too low. This can lead to health problems because RBCs contain hemoglobin, which carries oxygen to the body’s tissues. Anemia can cause a variety of complications, including fatigue and stress on bodily organs.

Anemia can be caused by many things, but the three main bodily mechanisms that produce it are:
• excessive destruction of RBCs
• blood loss
• inadequate production of RBCs
Among many other causes, anemia can result from inherited disorders, nutritional problems (such as an iron or vitamin deficiency), infections, some kinds of cancer, or exposure to a drug or toxin.

Signs and Symptoms
If your child has anemia, the first symptoms might be mild skin paleness and decreased pinkness of the lips and nailbeds. These changes may happen gradually, though, so they can be difficult to notice. Other common signs include:
irritability
fatigue
dizziness, lightheadedness, and a rapid heartbeat
If the anemia is caused by excessive destruction of RBCs, symptoms also may include jaundice, a yellowing of the whites of the eyes, an enlarged spleen, and dark tea-colored urine.
In infants and preschoolers, iron deficiency anemia can result in developmental delays and behavioral disturbances, such as decreased motor activity and problems with social interaction and attention to tasks. Research indicates that developmental problems may last into and beyond school age if the iron deficiency is not properly treated.

Diagnosing Anemia
In many cases, doctors don’t diagnose anemia until they run blood tests as part of a routine physical examination. A complete blood count (CBC) may indicate that there are fewer RBCs than normal. Other diagnostic tests may include:
• Blood smear examination: Blood is smeared on a glass slide for microscopic examination of RBCs, which can sometimes indicate the cause of the anemia.
• Iron tests: These include total serum iron and ferritin tests, which can help to determine whether anemia is due to iron deficiency.
• Hemoglobin electrophoresis: Used to identify various abnormal hemoglobins in the blood and to diagnose sickle cell anemia, the thalassemias, and other inherited forms of anemia.
• Bone marrow aspiration and biopsy: This test can help determine whether cell production is happening normally in the bone marrow. It’s the only way to diagnose aplastic anemia definitively and is also used if a disease affecting the bone marrow (such as leukemia) could be causing of the anemia.
• Reticulocyte count: A measure of young RBCs, this helps to determine if RBC production is at normal levels.
In addition to running these tests, your doctor may ask about a family history of anemia and your child’s symptoms and medications. This may lead the doctor to perform other tests to look for specific diseases that might be causing the anemia.

Treatment
Treatment for anemia depends on its cause. It’s important not to assume that any symptoms your child may be having are due to iron deficiency. Be sure to have your child checked by a doctor.
If your child has iron deficiency anemia, the doctor may prescribe medication as drops (for infants) or as a liquid or tablet (for older kids), which usually must be taken for as long as 3 months to rebuild the body’s store of iron. The doctor also may recommend adding certain iron-rich foods to your child’s diet or reducing milk intake.

Lead Screening
It can be hard to tell if your child has lead poisoning – even children who appear healthy can have it. So it is important to make sure your child is screened for lead poisoning when they’re 12 and 24 months old. Lead poisoning can cause problems with your child’s learning and behavior. It can slow your child’s growth and damage their hearing. Children that are around a lot of lead for a long time can even fall into a coma or die.
Most children get lead poisoning from dust that settles on floors, toys, and other places where it can easily get on children’s hands and into their mouths.